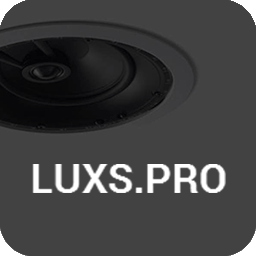 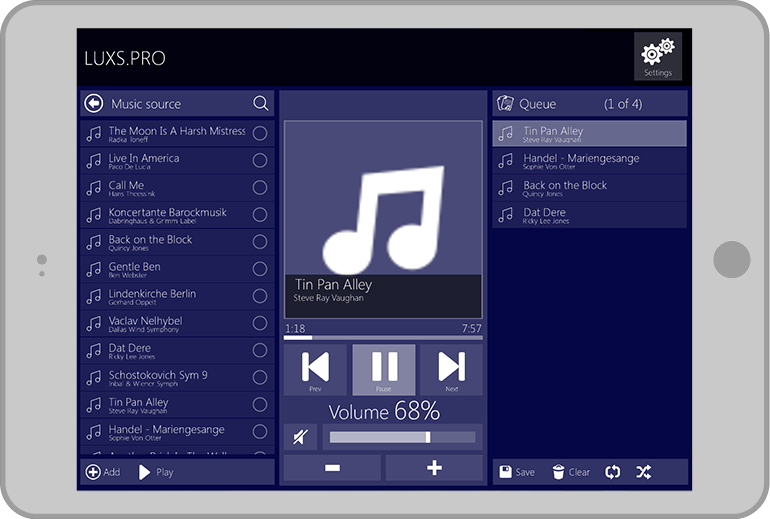 Module to control LUXS.PRO multiroom system allows to create a page to control audio devices of LUXS.PRO line generation .3 and later. You get a complete solution – an audio multiroom from 1 to 250 zones with full control from iPhone, iPad, Mac, Android, Windows. The module is easily integrated with well-known Smart home systems, such as KNX, Crestron, AMX, Vimar, HDL, Modbus, etc.

Playing any audio contents (internet broadcast, AirPlay, file storage, USB storage, etc.) of all known formats, including CUE, DSD, ISO, audio tracks to films in one zone or in several zones synchronously in any configuration with mixing by channels.

Search of songs in the global library (including USB storages just plugged in LUXS.PRO devices): in any section of the library as well we in concrete folders and devices.

Creating and editing favorite playlists with a feature to launch them in scenes – automatically from the Smart home system or by a user’s command. Sorting and playing songs by alphabet, genre, album and other parameters.

Capability to select a source (built-in player, local or remote optical input) instantly, to distribute signals to required zones fast, to control volume – in a zone, in a channel, in a group, to turn on volume on in scenes, by motion sensor and other variants.

Display and control of the current device state, including number, time and position of the current track (in seconds and in percent), time of the playing track, file format, temperature mode of a device, etc.